The sport began to spread across South America, and its popularity ensured that a governing body was formed under the name of FIFUSA (Federación Internacional de Fútbol de Salón) in 1971, comprising Argentina, Bolivia, Brazil, Paraguay, Peru, Portugal and Uruguay, along with the World Championships. The first FIFUSA World Championships were held in São Paulo, with hosts Brazil crowned champions ahead of Paraguay and Uruguay. Even more, countries participated in the second World Championships held in Madrid in 1985. 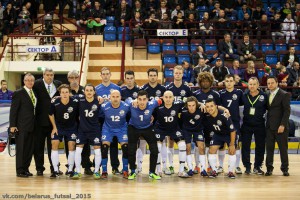 Due to a dispute between FIFA and FIFUSA over the name of fútbol, FIFUSA has registered the word fut-sal in 1985 (Madrid, Spain). In the 90s, FIFA wanted to promote and spread its own version of indoor football, different from the original one played in the South American Countries but didn’t manage to find an agreement with FIFUSA in the Rio de Janeiro Congress in 1989. In 2000, there was an attempt to repair the situation in Guatemala, while FIFA was celebrating in this Country its fifth World Championship.

In 2002 FIFUSA was reorganised into AMF. In 2016 AFA and a number of other world bodies from both AMF and FIFA have left their respective organisations to concentrate on Futsal only.

The International Futsal Alliance with members from every continent has now been formed with its Under 17 World cup being hosted by Scotland in 2016. Over 60 countries worldwide are now part of this organization providing to our members’ plenty of opportunities and pathways for advancing their game of Futsal. It is hoped that one day, Futsal may even be held at the Olympics.

AFA is still offering 17, 20, Women’s and Men ‘s World cup and other world-class games such as the Pacific Cup, Borneo Cup and China Cup which is similar to the Asian cup, as extra pathways for its members.

In 2016 our Australian Under 17 Boys with 7seven local boys from Newcastle and the Central coast won the Under 17 World Cup held in Scotland.

In the same year,  President George Poulos was appointed ASA  Men’s Senior coach leading into the World cup to be held in 2019 in Argentina!

In 2017 our Australian Women’s team, with one of our local girls, were Runners up in the Women’s world cup held in Spain.

In 2017 the Newcastle Titans, as National club and state champions will be competing in the IFA version of the Asian Cup in China.

In 2018 the Youth World cup will be held in Spain for both women and men. Our NNSW Women’s coordinator Mick Psaris will be coaching the Girls and our NNSW Futsal manager Manny Tserepas will be the assistant coach for the Youth Men.

In 2018 the Newcastle Titans Men will be competing in the Intercontinental  World club Championships in Spain.

In 2019 the Newcastle Titans Men competed once again in InterContinental with a very sound 5th place performance. In doing so they beat much higher rated teams such as Columbia and France!

Also in 2019 Four Novocastrians will be part of the Australian Men’s team playing in the  1st AFA world cup tournament in China. Nathan Baker, Peter Mullard, Alex Tserepas and Joey Grujevski, all Titans players, will I sure make us proud.

Added to this the head Coach of the Australian Men’s team for the world cup is our own Technical Director and Titans coach George Poulos, adding more to NNSW Futsal credential of being one of the best Futsal organisations in Australia.